Of the two windings of the autotransformer having a common part, the one with the lower rated voltage is indicated by the symbol a. For instance, the amorphous alloy dry type transformer is combined in the order in which the high voltage and low voltage windings are connected to form the connection group of the windings. The three commonly used connection groups have different characteristics: 1. Y connection: the star connection is characterized by the most economical high voltage winding. The star connection allows to reduce the insulation at the midpoint, allowing the high voltage winding of transformer to adopt the graded insulation, thus reducing the cost. The star-connected winding voltage is equal to 1/√3 of the line voltage, and the winding current is equal to the line current. The star-connected neutral point lead wire can also be used for direct grounding, or grounding through the arc suppression coil. If it is not grounded, it can also be connected to a lightning arrester to prevent operating overvoltage and lightning overvoltage. In addition, the neutral point leads to grounding, which can also be used to realize four-wire power supply. The main disadvantage of this connection is that there is no circulation loop for the third harmonic current.

2. D connection: delta connection is the most economical for low voltage windings of transformers with low voltage and high current. The delta wiring must adopt equal insulation but not the graded insulation. As a result, for low voltage windings, because the voltage is low, this will not have any effect. The current in each phase winding of the delta connection is only 1/√3 of the lead-out current. The delta connection method can flow the zero-sequence current and the third harmonic current in the winding, and generate the anti-magnetic flux that suppresses the zero-sequence magnetic flux and the third harmonic, so that the induced electromotive force of the transformer can be prevented from being distorted.

3. Z connection: Z connection has the advantages of Y connection, the number of turns is 15.5% more than that of Y connection, and the cost is higher. Its zero-sequence impedance is small and suitable for making grounding transformers. Since it can reduce the neutral point displacement, it is suitable for the manufacture of low voltage windings of small and medium-capacity transformers that require three-phase unbalanced loads. In addition, it also has a certain effect on preventing lightning overvoltage.

The difference between Dyn11 and Yyn0 connection:

At the same time, it also minimizes the zero-sequence (third harmonic) induced electromotive force in the high voltage side winding, thereby avoiding the pollution of the voltage waveform in the high voltage side power grid caused by the distortion of the low voltage side load current waveform. Therefore, the transformer with delta connection can prevent the influence of the third harmonic or zero-sequence magnetic flux on the voltage waveform of the high voltage side power supply. In addition, this connection method also has a good effect on preventing the overvoltage of the lightning intrusion wave. Because the three-phase lightning intrusion waves are also in the same direction, this situation is similar to the zero-sequence current. The circulating current generated in the delta winding also inhibits the magnetic flux generated by the lightning current in the three-phase iron core of the transformer.

However, if a drop-out fuse is used for overload and short-circuit protection on the power supply side of the transformer such as our three phase oil immersed transformer connected by Dyn11, and one-phase fuse is blown, that is, single-phase disconnection on the high voltage side, then at this time, the low voltage side has two phases with the phase voltage value that is half of the rated voltage, that is, from 220V to 110V, and household appliances such as refrigerators will burn out because they cannot be started. At this time, the low voltage side of the transformer connected by Dyn11 must be equipped with reliable low voltage protection.

In order to prevent the serious asymmetry of the three-phase phase voltage and affect the normal power consumption of users, the china transformer manufacturer industry standard SD-292-1988 "Overhead Distribution Line and Equipment Operation Regulations (Trial)" stipulates that the unbalance degree of the three-phase load should not be greater than 15% . A small amount of single-phase load is allowed in the three-phase transformer, but the neutral current should not exceed 25% of the rated current. Therefore, this provision is made to limit the displacement voltage of neutral point to about 5%. 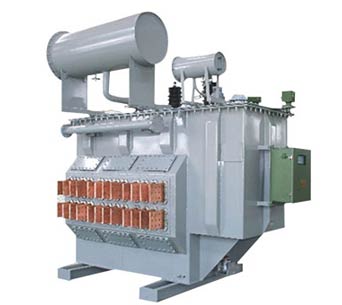 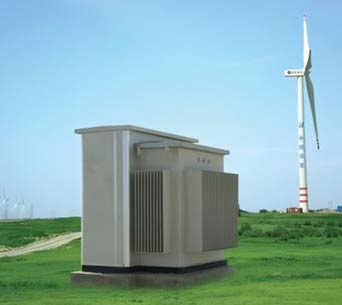 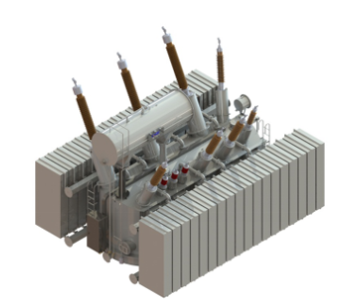